Overview. Venezia Tessera is the main airport within the Padova ACC, and it's located on reclaimed land connecting to the mainland in Tessera, and is only 13km away from Venice's city centre.

Scenery. When it comes to scenery, we highly recommend the ones in the following table. The airport is currently undergoing a major refurbishment project so most of the old scenery do not match the current state of the airport, mostly due to renamed taxiways. Please refer to the charts and don't be afraid to ask for progressive taxi if you can't follow the controller's instructions. 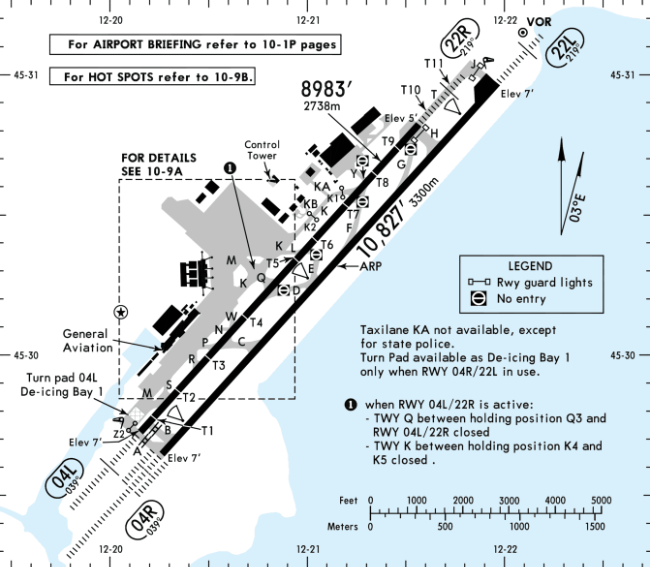 Preferential RWY. RWY 04L/22R will only be used when RWY 04R/22L is not active due to MAINT or contingency reasons. Closure of RWY 04R/22L will be announced by NOTAM. RWY 04R/22L and RWY 04L/22R cannot be used simultaneously. For this reason, specific mitigation measures are provided for the correct identification of the active RWY. The choice of the RWY is not allowed on pilots request. 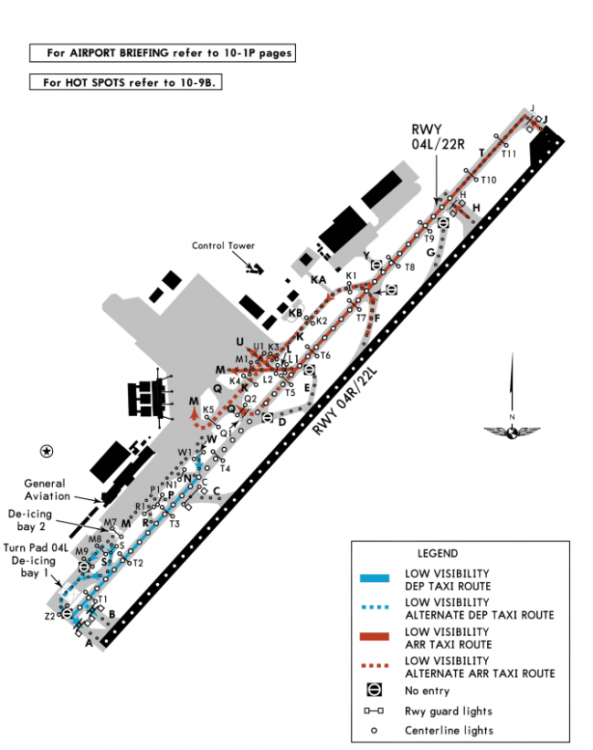 Noise Abatement Procedures. Whenever possible, it is recommended the use of only 1 ENG when taxiing into/out of APN.
Four-engine ACFT code letter F are required to shut down the external ENG or reduce them to idle PWR.

Uncontrolled Operations. The following frequencies should be utilized only when POSCON ATC is offline.

*Venezia has no published CTAF, so the standard frequency must be used.

Flight Planning. RNAV SIDS must be used where the aircraft is RNAV capable.

Pushback and Startup. Clearence for pushback and startup must be optained by ATC. When requesting pushback the aircraft should be in an Aircraft Ready State (Italian eAIP ADPPZ1-1) which means:

Taxiways. When cleared to taxi to holding points "A", "B" and "C", aircraft should enter runway 04L/22R and wait on the runway before the stopbars. As previously stated, runway 04L/22R is used as taxiway "T" when runway 04R/22L is active. In case of different scenaries and inability to follow ATC instructions, pilots may ask or will be provided with progressive taxi instructions, in which ATC will guide the pilot giving simple commands such as "proceed straight ahead" or "turn left/right".

Special operational practice for minimum RWY occupancy. In order to guarantee traffic requ irements, pilots are required to
vacate the active runway as quickly as possible, in compliance with safety. Extended occupancy of the runway in use may result in the
interruption of the subsequent approach. Unless instructed by ATC:

1) Criteria for initiation of LVP
Low Visibility Procedures (LVP) will be in force when:

Pilots will be informed by ATIS or ATC when LVP are in force.

REMARK
In the presence of meteorological or operational
conditions, even with clouds and/or RVR values above
the disciplined values, Venezia TWR may activate the
LVP if:

As reported in the points above, in order to not penalize the traffic sequence, the activation of the LVP may also take place on pilot request for the specific flight.
The message "LVP in Progress" will be communicated by ATC on frequency to the concerned flight only.

4) CAT II/III operations for training
Practice CAT II / III approaches and landings with RVR/cloud base values higher than those for LVP activation will be subject to traffic conditions in place or foreseen. In order to guarantee ILS signal protection pilots shall request in advance to ATC the permission containing also the explicit indication that the request has training purposes.

5) Ground movement
In case of poor visibility conditions a reduced airport capacity
can be expected due to restrictions applied on ground
movements.

In reduced visibility conditions all pilots shall report to Venezia TWR: reaching RHP/IHP, unless otherwise instructed by TWR;  when ILS sensitive area has been vacated as identified by the end of the green/yellow colour coded TWY centerline lights;  reaching the stand.