Display/Suppress Non-RVSM Indicator (This indicator cannot be toggled off if your sector contains RVSM airspace).

Displays the Vertical Rate Indicator (VRI) while TBE is selected.

VRIs are available for display in FDBs, ELDBs and CDBs via an override function from the R-position only. The VRI is displayed to the right of the reported altitude field on line 2 of the DBs. 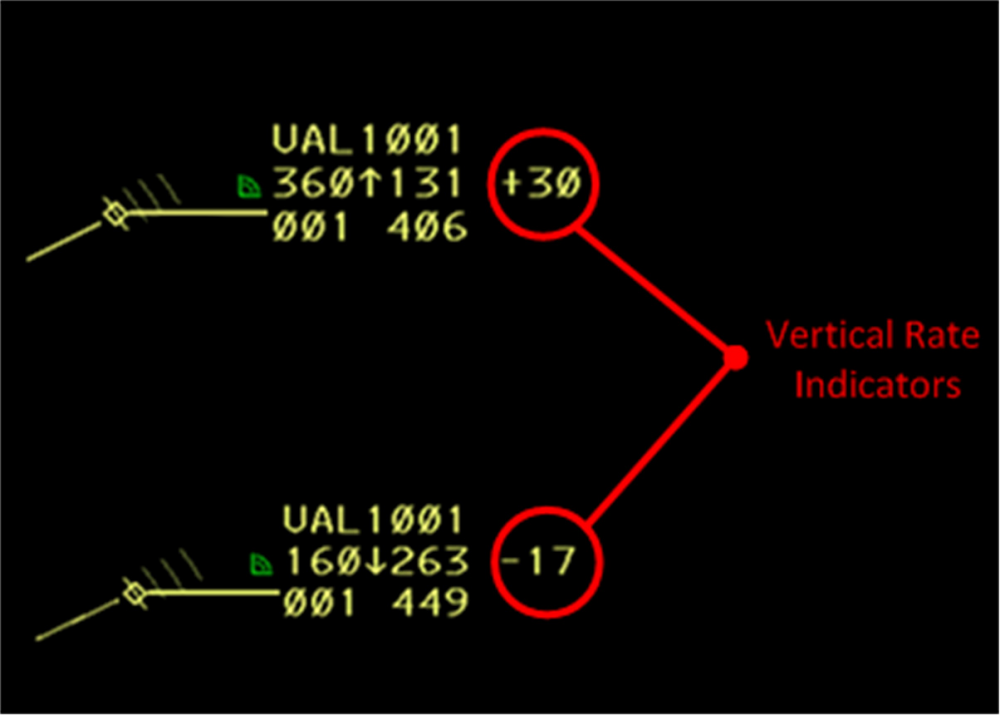 The user may temporarily display the surveillance reported beacon code in all FDBs, LDBs, and CDBs displayed on that R-position.

ERAM can receive surveillance data from both radar and ADS-B equipment. When both types of sources are providing data, one type is considered the primary or preferred source and one is the alternate source. When surveillance data is being received from both radar and ADS-B sources, ERAM will display special text associated with an alert condition reported by either source, not just the preferred source. The alert condition is reported via a special beacon code, e.g., 7700/EMRG, or for ADS-B there is also Target Status data that is used to report alert conditions. These alert conditions are reported in Field E of FDBs or on Line 3 of LDBs or CDBs.

Displays Speed while TBE is selected.

This button opens the VSCS panel. Please refer to the VSCS section within this document for a full description.